The Bombing of No. 1 General Hospital

While surfing (I think that is what it’s called) I came across the lyrics to a song titled: No.1 Canadian General Hospital Nursing Sisters’ Theme Song”.


“In my sweet little Alice Blue gown,
When I first came to Birmingham town.
I had had a bad trip, in a nasty old ship
And the cold in my billet, just gave me the pip.
We came out to nurse our own troops,
But were greeted with measles and whoops.
Now I'll be a granny, and sit on my fanny,
And keep warm with turpentine stupes.

I have no idea what tune they used to sing this ditty. One thing leads to another, and a story emerges.

I won’t go into a long dissertation on the differences between general hospitals, stationary hospitals, casualty clearing stations, etc. Suffice it to say that the general hospitals (there were 16 by 1918) went from 520 beds to anywhere up to 2,300 beds. In May 1918 the No. 1 Canadian General Hospital was located at Etaples, France. On May 19, 1918 it was bombed, and included in the dead were 4 nursing sisters. One was a girl from Southwestern Ontario.

Dorothy Mary Yarwood Baldwin was born October 11, 1891 in Toronto, Ontario. She died of her wounds on May 30. 1918. She was a graduate of the Victoria Hospital School of Nursing, London, Ontario.


﻿
Katherine Maude Macdonald was born January 18, 1898 in Brantford, Ontario. She was killed in the bombing raid on May 19, 1918. Her tragic story was told in a letter by Dr. Edwin Seaborn:
“As it happened we had two N/S Macdonald [sic], and when we were ordered to send a sister to another hospital I gave the name McDonald, thinking that the last one sent to us here would be sent. By mistake in the first name the wrong one was sent. She came to me with tears in her eyes. I telephoned the Assistant Director of Medical Services that I wished the other one substituted. He would not allow this but said that he would recall her as soon as possible. She was to be sent to us on a certain date, but was killed in the raid. She had crept under the bed, as I was told. Was wounded in the thigh but had bled to death before she was discovered”. (1)

Margaret Lowe was born on January 26, 1888 in Morayshire, Scotland. She joined the nursing staff of the Canadian Expeditionary Corps in Winnipeg, Manitoba. She died of her wounds May 28, 1918.


Service records for Margaret Lowe and Gladys Wake are on online in PDF form from Library and Archives Canada.

Posted by William Bruce Hillman at 7:29 AM 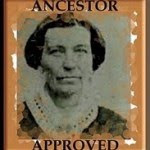 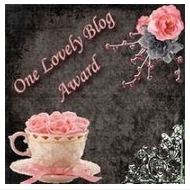